10 years after, a dream sleeps here 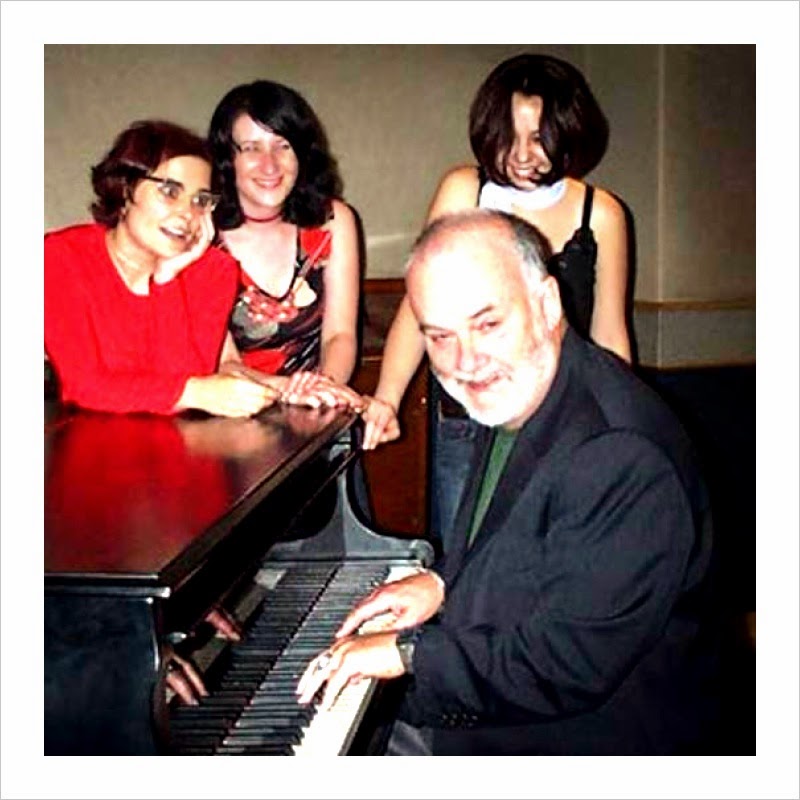 As it is the 10 year anniversary of John Peel's death, this means it is also the anniversary of a far less momentous occurrence, the split of out band Saloon, a band was much championed by the jovial DJ. We officially announced Saloon's split two or three days after the Peel news, but in truth the band had fallen apart at least a year before.As a way of marking the date, I am posting here a set of real rarities; a collection of ideas recorded, mostly in 2003, and were a work-in-progress towards our third album. An album we referred to as our folk LP, also known as 'Speak Softly a dream sleeps here.' I issue thee songs with a 'health warning'; although written for Saloon I am somewhat loath to really give them the Saloon name. Our band was a very much a collaboration - nay collective - of five people, and it is telling that as soon as one of the five left, then the band fell apart. These recording are mainly just Matt and me; Amanda sings and plays on four of them, but there is not much of Mike and Alison on these recordings. Nevertheless, if you are or were a Saloon fan, I hope you enjoy these tracks despite the rather dour tone of some of them.

If you want to know a bit more of the backstory behind these recordings,  I have written a much more comprehensive post on another page.On a cheerier note, I'm happy to say (to those who don't already know) that earlier this month I became a father for a second time (which explains why I am up typing this at 4am. Alison has a new record coming soon from The Left Outsides (lots of activity on their website), Matt is recording a new record with Leaf Library and I'm happy to say my synth-heavy solo record - under my moniker Rodney Cromwell - has  been mixed and mastered and is being polished off right now for, I hope, a release after Xmas. Lastly talk of a vinyl re-release of Saloon's our first collection of recordings - The Blue Demo - is gathering pace, so keep looking out here for an inevitable crowd funding request soon.Keep on moogin people!
Posted by Webmeister at 14:53 No comments:

The album that didn't happen.

Posted here, perhaps one of the few remaining treats from the archives for Saloon fans.


There were always plans. In 2003, before the release of the second Saloon album, ideas were coming together for what might follow.  We were getting tired of the pick-and-mix approach, where our records would contain elements of electronica, krautrock and folk all thrown together in a big melting pot.

By mid 2002 I was already thinking that album four should be a big pop record, focussing on pop hooks, more synths and a move away from the post-rock slant. While gigging in Spain in 2002 I came up with the idea of writing a Kraftwerk influenced song called ‘Autovia’ to open the fourth record. Of course the band split and none of that ever happened. The Arthur and Martha album was something akin to what I saw Saloon #4 would have been like, and Autovia ended up opening that record.

Before any of that, was a consensus amongst the group that the third album should be something smaller in scale than the first two records, and should concentrate exclusively on one part of our sound, notable our ‘folk’ side.

“There has always been a [complete as is currently fashionable] element to our music” is a classic band interview cliché. But folk genuinely was a big influence, from the start for Saloon. In 1998 Mike brought a load of Sandy Denny-period Fairport albums into the house, and we regularly spun those on the communal stereo along with Pentangle and the ubiquitous Nick Drake.  I was never an obsessive fan of folk, but I was really into all of those records, and I did have a formative and enjoyable evening at the Reading Folk Festival – although the real ale was the main attraction. On the first two albums, folk was one of the influences in songs like ‘Static’, ‘Dreams Mean Nothing’ and, most overtly, ‘Bicycle Thieves’. In many ways it was the folk influence, coupled with Alison’s viola, that stopped us sounding like a total Stereolab / Broadcast / C96 rip-off.

So in early 2002, at the same time as mixing ‘If we meet in the future,’ Matt and I began sketching ideas that might make up the third album, and it is some of those very rough ideas that are heard here.

Now these are not even demos; they are pre-demo sketches and I am loath to really call them Saloon songs. While clearing out the archives I found a minidisc containing recordings of 9 these ideas. There was only one song that featured Amanda and there was no contribution at all from Mike and Alison. In many ways that was a true reflection of the state of the band in 2003. Mike had a new girlfriend and, mainly as we still hadn’t made it to America, his interest in the band was waning. Alison was playing in several other bands, most notably Tompaulin. And Amanda was busy with her university studies (she got a first). It was really Matt and I who were driving forward this project, which is why most of the recordings were just the two of us.

But, like stumbling upon a missing vintage Pat Troughton Dr Who treasure in the archives, my brother found alternative versions of ‘Castle’ and ‘Demonology’ with Amanda singing on them. With the addition of ‘Brockley Cross’ from roughly the same period and which does feature Mike, this little collection of ideas, which oozes wth atmosphere, started to feel a bit more Saloon, and gave an indication of how Saloon #3 might have shaped up.

The four ‘fragments’ plus ‘The Maze’ are all ideas that Matt had. ‘Brockley Cross’ was an improvised jam recorded to tape recorder in our dining room (Mike, drums; Amanda, gloch; Matt, guitar; me, bass) possibly recorded before a La Jette rehearsal.

The other four songs are all based on riffs I put together. ‘Castle’ was the only song of these that we ever played as a full band. Much inspired by American Analog Set (who at the time we hadn’t yet played with) and Galaxie 500, we performed it at a wonderful gig with Damon andNaomi and The Clientele. That night was recorded onto video, and there may be a record of it out there somewhere, but sadly not in my archive. ‘Cathedral’ features Amanda singing with both Matt and I on guitar, which was kind of rare.

‘Demonology’ was just me and Amanda. This recording, made by my brother Dom, along with ‘The Castle’ was from the only session we did in the year between Mike, Alison and Matt leaving and the official split. I had completely forgotten about this little semi-acoustic session (and I still don’t remember why we recorded it) which also featured rather poor versions of ‘2500 Walden Ave.’ and ‘Victor Safronov’.  ‘Demonology’ was inspired by reading “The European Witch-craze of the Sixteenth and Seventeenth Centuries” by Hugh Trevor-Roper, although I think the actual title came from within “100 years of solitude” which I know was on our bookshelf.

Almost every Xmas holiday, I would lock myself away and try and write a song. The final track here ‘The Sleep Laboratory’ was written over the Xmas break 2003. I remember the joyous ‘Nina Says’ came from my Xmas writing session in 1998. But in 2003, following the band falling apart and with my mother becoming seriously ill, I was incredibly down and suffering from terrible anxiety. It was a miserable Christmas, as can be heard from this song, written for what looked to be a doomed project. I thought the use of electronics (in the vocoder) at the very end of this album would move nicely into Saloon #4 (if that ever happened). The final vocodered refrain ‘Burn Burn machine’ was a play on the band name ‘Bang Bang Machine’ the other band that came up for criticism after a ‘controversial’ Peel Festive 50 #1.

The title of the album was Alison’s contribution. When we came to name the first album, none of us could come up with anything decent. Alison made two suggestions ‘This is what we call progress’ and ‘Speak softly, a dream sleeps here’ (it may have been 'tread softly', but lets not knit-pick.) Both titles we thought were brilliant and this project became known as ‘Speak softly’ from an early stage.

All these recordings are as I recorded at the time on the MTX-8, with the exception of the birdsong in ‘Fragment #1’, the Melodica and bass on ‘Sleep Laboratory’, the bass on Castle and I’ve done a tiny bit of snipping and added some reverb. Other than that it’s all as recorded in 2002-2003.

I have included also, in a separate playlist, the original demo versions of 'Castle' and 'Demonology'  along with another recently unearthed sketch of my own from the same sessions called 'The Black Death' .

These recordings are not the third Saloon album, they are just a collection of raw ideas, several tinged with regret and sadness. But I hope to any of you that listen to it, that they might be a small reminder of friends and family loved, lost, never forgotten.

Posted by Webmeister at 14:40 No comments: