In the summer of 2000 Saloon toured the UK with a little known band called Curtis Newton. It was a tour most notably remembered through the Resonances 7” single and the epic live version of ‘Girls are the new boys’ which was on our website for ages (and featured additional guitars from Arno Curtis Newton and Jason Kolb of Auburn Lull)


The plan had been that Saloon would put Curtis Newton on in the UK and then we would tour France with them later that year. Sadly the France tour never happened (although not due to Curtis Newton’s part). We didn’t hear much from them afterwards, but Arno did send me a CD of his new ‘solo’ project; Tara King Th.


I thought the album was OK, it was lot less organic than Curtis Newton and not really what I was into at the time and as such they kind of dropped off my radar. Until today that is. I stumbled across a Tara King Th. video on the internet and it would seem in the last 10 years or they have turned into quite a band.


They have released three albums the aforementioned Sequence 01 (2003), The Tara King Theory (2005) and Extravagant, Grotesque & Nonchalant (2010) along with a ton of EPs and singles. I have been listening to the 2010 album all day on Spotify and it’s really nice; it has a lovely warm 60’s style with vocals very akin also to Helen from Ladytron. The final track ‘Talking too loud’ is perhaps the only thing reminiscent of Curtis Newton (at their most psychedelic).


Anyway hopefully I have managed to link to the video for ‘Magnetic Bounds’ (2012) which comes from a really strong  4 track EP. It is very Broadcast-like in sound, mainly because it is reminiscent of Old Man Willow from the Midnight Cowboy soundtrack (which surely must have been a major influence on the early Broadcast sound, I know Mike and I loved this track).

Am I the only person who has missed out on this? Anyway I hope you enjoy this track and go and buy their records (preferably in HMV, they could do with the money.)

Posted by Webmeister at 15:44 No comments:

Over the weekend we unearthed a small box of unworn Saloon T-shirts. I have had one of two people email about these so it's a nice little find. Available only in dark or light blue and small and medium. Email me as per the details in the shop if you want one. 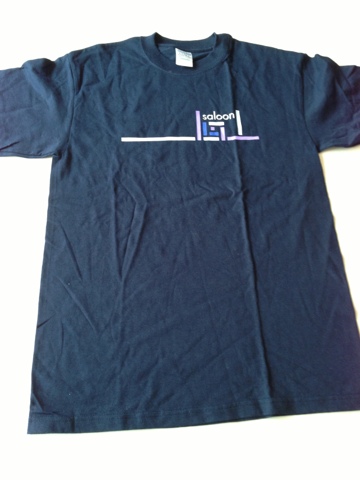 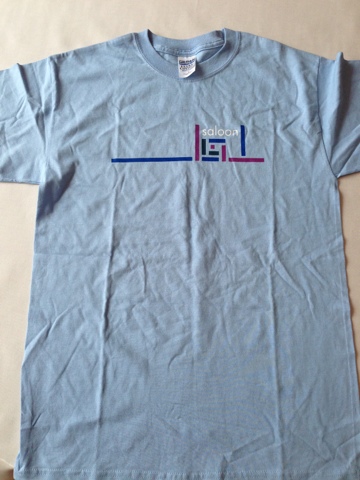 Posted by Webmeister at 11:27 No comments:

The Guardian ran an article today about obscure bands and hidden treasures , citing a website called the Obscurometer which, as the name suggests, calculates the obscureness of bands based on last FM plays or something,  giving them a percentage.

Although obviously this is a fairly meaningless exercise, as an existentialist I love all things meaningless and couldn’t resist putting in Saloon and some of our contemporaries. Here are the results:


A pretty respectable score. More surprising perhaps were the results of some of our solo offshoots:


Very surprised that A&M were the least obscure (just) seeing as we haven’t done anything for years, although perhaps that is to do with the fact that the results are based from Last FM and the ‘sort of people’ inclined to listen to A&M’s electronic bobbins are more the sort of people to use Last FM.


Anyway I thought it interesting to look at some of our contemporaries that we played with :


KICKER No score  because there are two bands called Kicker

Does this mean finally Saloon are less obscure than they of the lovely splitter van, Tompaulin? Can’t believe the mighty Polyrock are more obscure than Saloon (not A&M though, which is right as A&M ripped them off once or twice). Perhaps the most ‘shocking’ is Of Montreal, who are ‘officially’ less obscure than Stereolab.  I bet when Saloon toured with Of Montreal in France and they were playing ‘the Noise of Carpet’ in their set, they never thought one-day that would happen.. .or did they, actually they probably knew all along.


Oh I did one other search, for a band that played the Exeter Cavern a couple of days before Saloon did:

That sounds about right.
Posted by Webmeister at 13:16 No comments:

It's a new year

Happy New Year. I hope you managed to have had a great Xmas break.


I had a brilliant few days, spending quality time with the family plus catching up with friends. It was really good to share a pint of two with Matt who I haven’t seen for ages. I also managed to grab a couple of hours to work on the black hole that is my new (solo?) album. (If Chinese Democracy can happen though, then anything can)


Also I’ve had a number of people email me over Xmas about Saloon so I know a few people are reading this, which is great. One kindly reader emailed me a concert recording from 2003 that I’d not heard before which was great (despite our ropey playing.) I will endeavour to get it up here as soon as I can.


Also I have received a few orders in the shop. Quite a few LP copies of the debut album have gone over the last weeks – I am literally down to my last 5 copies now, so get in fast if you want one.


And of course, it is the 10 years anniversary of 'Girls are the new boys' getting to No.1 in John Peel’s Festive 50. It’s an anniversary I am a bit ambivalent about as it really marked the beginning of the end for Saloon. Perhaps I’ll say a bit further about that later but lets not forget  that ‘Have you seen the light’ also got to no.26 that year, so here is a link to a fan made video of that instead.


Adam
Posted by Webmeister at 11:43 No comments: