Shoot for the moon

So it has been a while since my last update; I have had a big deadline at work, a skip to fill and I have even started working on a novel (laughs), that is if a rambling, notional-idea and two sentences count.

A number of anniversaries have passed; the anniversary of 10 years since Saloon's final gig and the effective split of the band, and of course, the never-welcome sad anniversary of Mike’s death. Our thoughts, as ever, are with his family and friends.

So what to report, firstly we had a nice email from a guy called Joshua. He had an article, published in the Journal Gulf Coast  (18.1 Winter / Spring 2006), which we had never heard about before, and was inspired the Shopping 7” single. He is going to be having a collection of his essays published in a book called Annotated Mixtape and he asked for the song Shopping to be included on an accompanying CD. We of course were happy to agree, and I think this will be the first Saloon (re)release since Lo-Fi Sounds in 2006. Details of the project and an excerpt from the essay can be found on his website. 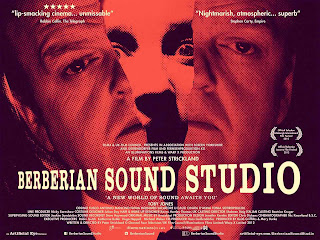 I finally got around to convincing my wife that we should watch Berberian Sound Studio , the most recent movie by Peter Strickland with wonderful soundtrack by Broadcast. Peter was the main man behind Sonic Catering Band, with whom we shared the ‘Impact / Bodypop’ single and played a couple of gigs with, notably I think a RoTa show. Anyway I really loved it; it reminded me a bit of of Persona by Bergman, Repulsion by Polanski with a touch of Godard / Brecht / Vampyros Lesbos thrown in for good measure. What I think annoyed some people, but what I really loved was the fact it didn’t fall into becoming a slasher / horror flick at the end, which was the obvious route. And I love films that don't make any obvious sense. Anyway I loved it although my wife thought it was ‘a bit out there’ for her liking.

I still have three studio systems in my house; my original 4 track-tape Yamaha MTX4 track (on which
we recorded the blue demo, Chromosomes and a few other things), a Yamaha 8 track minidisc recorder the MD8 (on which we recorded the Shopping & Electron singles, Solitude, HYST Light plus TIWWCP demos) and the AKAI DPS24 on which we recorded IWMITF and The Project’s album Let’s Get Static. I am not planning on getting rid of the MTX4 because it is too close to my heart, but it is time to get rid of the other two. I have backed-up everything from the MD8 and plan to do the same with the DPS24 very soon. They will both be going on eBay, but if anyone wants them – and at a reasonable price – do let me know, as we need the space.

The various members of Saloon have been in email correspondence. Alison has been playing a few gigs with The Left Outsides. We have also chatted about doing some recording together, or at least polishing up some of the old unfinished recordings – such as those for what would have been third album. Who knows perhaps they will hear the light of day one day.

As Mike used to say, ‘Shoot for the sky and you might just hit the moon.’
Posted by Webmeister at 15:02